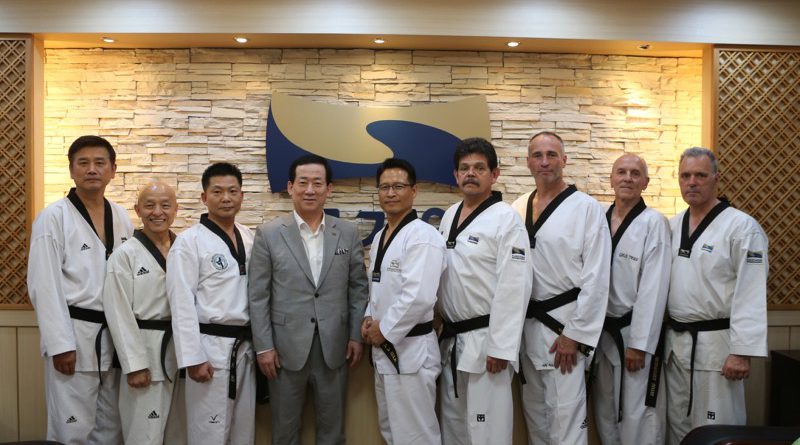 UKTDC General Secretary Christopher Davies and Chairman Nigel Hudson returned from Korea where they attended the Chung Do Kwan annual camp which was held in Goseong-Gun on the East Coast and ended with a final training session in the Kukkiwon.

Following the Summer Camp Christopher Davies completed the mandatory Kukkiwon 5 hour training and test for his Kukkiwon 8th Dan. The results of the test will not be released until September.

The temperature in Korea whilst both were there were the hottest in 23 years reaching 37 degrees.

Attached Photo: Christopher Davies after testing for 8th Dan with the Kukkiwon President Oh Hyun Deuk and the other 8th and 9th dan candidates.